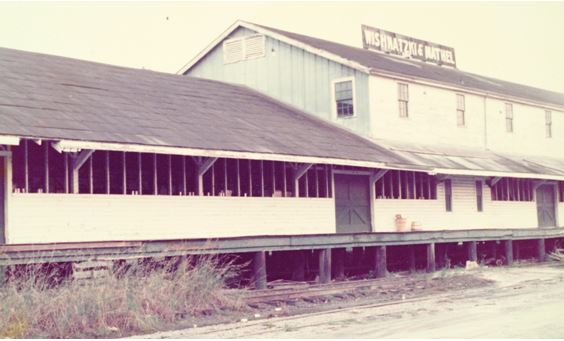 I believe the year was 1975.  This was back in the day when I did manual labor.  I was in a little better shape back then.  I was working for Ralph Houston, the loading foreman.  In last month’s newsletter I described Ralph as a cigar chomping, no-nonsense kind of guy.  I loved Ralph.

Last month I also gave my opinion that payday being on Friday was not such a good plan, since the work often continued through the weekend.  This is the story of one fateful weekend.  I call this the Otha Story.

It was May and the spring vegetable season was in full swing.  The loading crew had logged many overtime hours the previous week.  Friday came and everyone on the crew had a nice fat paycheck.  After supper on Friday, there was a noticeable decline in the workforce.  By Saturday it was obvious that we were severely shorthanded.  There was a small number of the crew that stuck it out and worked late into Saturday and Sunday night to get all of the trucks loaded.  Lonnie Gonzalez (a 50 year employee now) was one of the dedicated.

I remember working as hard as I ever worked that Saturday and Sunday.  I felt a bit of anger toward the other members of the crew that decided to take the weekend off and leave the few of us to cover for them.  It was a bit understandable that when one of those hooky-playing employees drug up onto the platform on Monday morning, that I confronted him with ire.  I got in his face and said, “Otha, where the HELL, were you Saturday and Sunday?”  “We busted our asses!”

Otha’s reply was simply, “Ralph told me not to come in.”

Now that made me madder, because I knew that was BS.  Ralph knew we were in for a busy weekend and he was going to need all hands on deck.  That led me to say, “Otha, there is no way in HELL that Ralph told you to not come in!”

Otha’s comeback was, “No, really Ralph told me not to come in.”

I pressed him and said, “Otha that is impossible, do you really expect me to believe that?”

“Really, Ralph told me if you are drunk, DO NOT COME TO WORK, and I’d been drinkin’!”

I did not know what to say to that.  Otha was going by Ralph’s rules.  I think I just shook my head and walked away and thought, he got me there.

In Otha’s mind, this was all justifiable.  I really believe that he thought that he was following the rules.

This is a good illustration of why we need an Employee Handbook and a Continuous Improvement Team for dealing with issues that arise.  Thank goodness we also now have an HR Department that can sort out this type of conundrum.

We better check the rule for drinking on the job.

Wish Farms is headed for great things, as long as we stay sober.