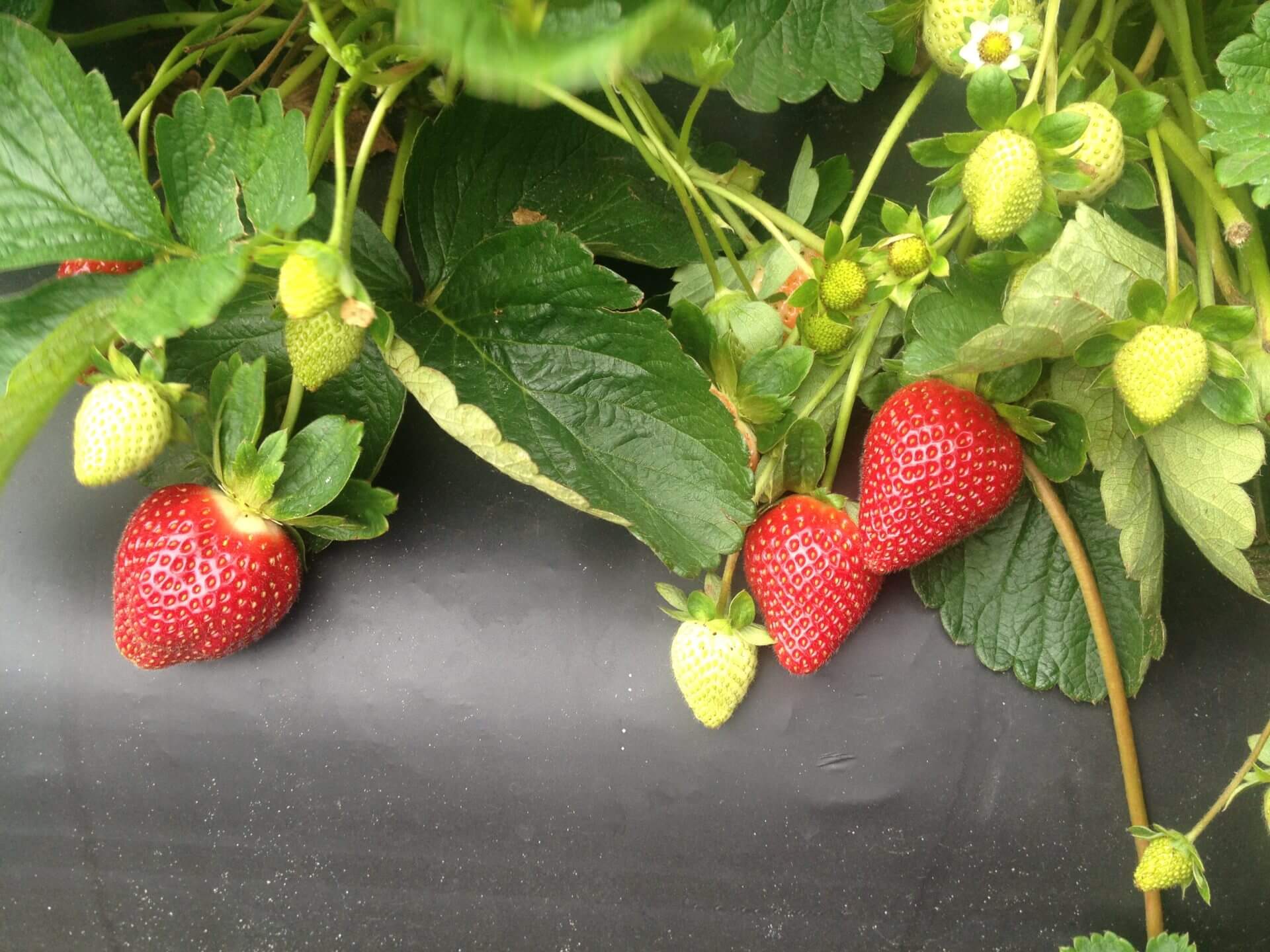 We have received several responses from our consumers and fans asking:

Do you grow genetically modified strawberries or have any product containing GMO’s?

And the answer is absolutely not.

According to Dr. Vance Whitaker, Assistant Professor of Strawberry Breeding and Genetics at the University of Florida, “There are no genetically modified strawberries on the market – not just in the U.S., but in the world.”

When something is deemed genetically modified it usually means that foreign genetic material was inserted into an organism, not through traditional breeding.  This material can come from multiple sources, including another plant or animal species or a synthetic gene created in a lab.  Most of the corn and soybeans grown in the U.S are genetically modified.

“All strawberry varieties grown commercially in the U.S. were bred through traditional hybridization and selection,” says Dr. Whitaker.

This is done by taking pollen from the flower of one variety and transferring it into the flower of another.  The seedlings from these crosses are then evaluated for the characteristics that breeders are looking for including: flavor, firmness, size, earliness of harvest, yield potential, disease resistance, ability to pollinate, resistance to natural events (i.e. rain) and several more.  A breeder evaluates many thousands of hybrid seedlings before finding one that contains enough positive characteristics to make it into the marketplace.

The opposite of organic is NOT genetically modified.

Just because something is labeled “organic” doesn’t mean that its conventional counterpart is genetically modified.  At Wish Farms, we grow both organic and conventional strawberries and both items are completely safe to eat and feed to your family – it’s really just a matter of personal preference.

With all of the mis-information available to us on the internet it’s easy to get alarmed, but I can assure you: