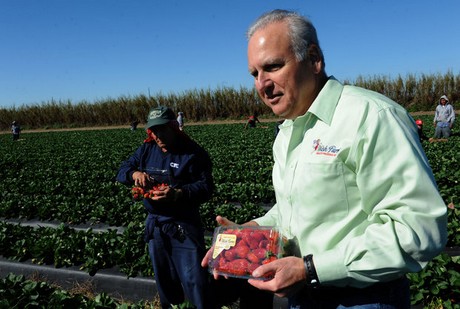 Funny Characters and Even Funnier Quotes!

Over the years in the produce industry I have seen many characters. Some of their sayings I have written down while others are just emblazoned in my memory. Some of these people are gone and others are still here and contributing to this list of famous quotes. Below are some of my favorites.

My car wash comes with a 2 month guaranty to stay clean. Check it out kid. How does your wife like it? – Jerome the car wash man

No money, no nuts. – Jesse the Peanut man

This was stenciled on his peanut box on the back of his large tricycle. This was an obvious attempt to avoid being asked to grant credit for peanuts. I guess some people wanted a payment plan.

Herb was giving a California crop update while driving. Circa 1990

Somebody had to get ‘em. – Herb Baum

This was spoken after being quizzed about why we were getting a bitter complaint from a strawberry customer in Brazil.

I can’t tell you my password. I will be in soon. – John Brown

This was after John was late for work one day and had forgotten to log off of the system the night before. The system was locked up and no one could put in an order. John eventually yielded and disclosed the password after I persisted. Oh boy, it was not for mixed company or for printing in this blog.

You are not busy. You are in a hurry! – Lester Wishnatzki

This was Lester’s comeback to my father, Joe after Joe told Lester that he was busy. Joe was being badgered with questions from Lester, while trying to get finished early to make the first race. Joe said “Lester, can’t you see I’m busy?”

“I know you said yeah, but it was a rough yeah” – Lester Wishnatzki

This was after my Dad responded in an annoyed voice after being repeatedly asked if he understood something. He finally blurted “Yeah!”. Lester kept persisting and my Dad said, “Lester, I said YEAH”.

Minor Bolanos was our IT Director and is now the head of a subsidiary VirtualOne. Being from Costa Rica, in his younger days, he would occasionally change a popular phrase and make it his own. Here are some of my favorites from back then.

I’m between a hard rock and a hard place.

Once in a full moon.

A picture is worth a thousand dollars.

If we have to do it, we will just have to bite the dust.

If you do that, he will scream Bloody Mary!

I know that there are some of my quotes out there too. I will solicit Chuck Hollenkamp to do a future guest blog and make sure that my famous quotes are covered for posterity.

Wish Farms is headed for great things, as long as we maintain our sense of humor.